The Hunter region continued to see buzzing activity in the local property market, according to the latest Herron Todd White (HTW) residential report.

The current COVID-19 epidemic is going to have a negative impact on key drivers, so it will be interesting to see what impact this may have on the property market in the short to medium term, the valuation firm said.

The report notes even with the uncertainty of an interest rates move, there was still plenty of activity around the region for both established houses and also people wanting to purchase a block of land to build their dream home.

“THE NEWCASTLE AND HUNTER REGION IS HIGHLY LIKELY TO SEE CONTINUED GROWTH DUE TO CLOSE PROXIMITY TO MAJOR CAPITAL CITIES SUCH AS SYDNEY. AS HOUSING AFFORDABILITY BECOMES A RESURGENT ISSUE IN 2020, CAPITAL CITY RESIDENTS MAY ONCE AGAIN SEEK RELATIVELY AFFORDABLE HOUSING IN NEARBY REGIONS OR REGIONAL AREAS WITH HIGH LEVELS OF AMENITY,” THE VALUATION FIRM SAID.

In terms of residential property, Newcastle has become its own market and no longer relies on Sydney as it once did.

“In the past 12 months, Newcastle saw a shift in confidence independently of Sydney; we no longer follow suit like we once did. Locally, since the federal election, we have seen an increase in activity from all classes of potential property purchasers,” the valuation firm said.

There is still a healthy supply of inner city units for sale and with further developments around Hunter and King Streets in Newcastle and also Honeysuckle continuing into the future, perpetuates the old saying of “as long as people buy, they will continue to build them”, the report noted.

“Savvy property investors are still seeing Newcastle and supporting areas as a great place to invest due to affordability and also strong growth potential,” the valuation firm said.

These investors will be ready to pounce on the best performing pockets which include properties in the Kotara, Islington, Hamilton, Charlestown and Mayfield areas, all located within a 15 minute drive of the Newcastle CBD.

“First home buyers in the region are also continuing to purchase established dwellings around the fringes of the city suburbs and also showing keen interest in house and land packages around the Maitland areas of Chisholm, Thornton and Bolwarra, which are all less than a 40 minutes drive into Newcastle city,” the valuation firm said.

The trendy inner city suburb of Tighes Hill also saw a record sale price for the year at the end of February of $1.5 million for a waterfront Throsby Creek, Sparke Street property (pictured below). 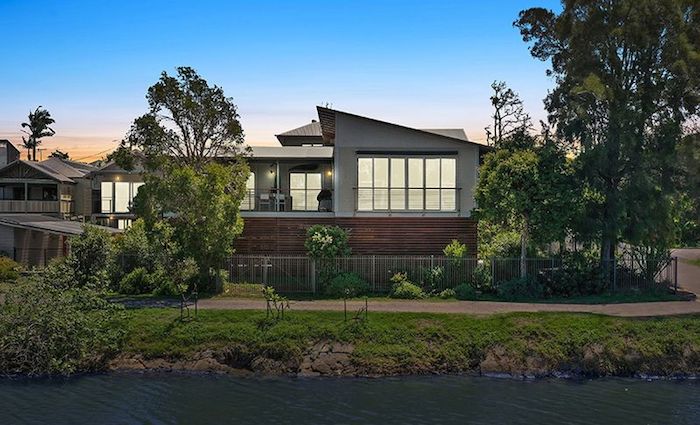 The largest sale in the affluent suburb of Merewether for the month of February was 68 Curry Street (pictured below) which sold for just under the $2 million mark at $1.98 million, the report noted.