Brisbane may have laid low for a while, but things are about to take a great turn for the capital of Queensland in 2019. Despite the lack of a good run over the last few years, the public sentiment is about to change and soon enough it will be heralded as one of today’s best-performing markets. While Sydney and Melbourne recover from the descent after their respective property booms, Brisbane has shown a growth, thanks to its affordability, lifestyle and population growth.

Experts have stated that while the boom may not echo similar trajectories experienced by Sydney and Melbourne, this kind of ‘slow and steady’ growth is much better. For starters, investments in Sydney and Melbourne at this point, may not be advisable as they have already reached their pinnacle and are now on a decline. Meanwhile, Brisbane has better rents, low unemployment rate and also a number of infrastructure projects in the pipeline that all work in its favour. Let’s take a broader look at why Brisbane is the market to watch out for.

Due to increased property prices in the southern states, Queensland is once again seeing a stronger population growth than the rest of the country. As everyone knows, population growth is a key driver for property markets. Another thing working for Queensland is its great employment rates. At 4.6 percent, it had the strongest employment rate in the country last year which is growing month on month at an unvarying pace.

Brisbane’s median apartment value in 2018 is only 5 percent higher than it was in 2008. Meanwhile, Sydney’s and Melbourne’s are up 88 percent and 53 percent respectively. And while there might be a decline in the number of apartments, developers are making sure that these apartments meet high quality standards in order to stand out from each other. The lack of low-interest rate driver and the flat income ensures that Brisbane will grow only at 1 or 2 percent but will still stay above the herd when it comes to growth prospects. 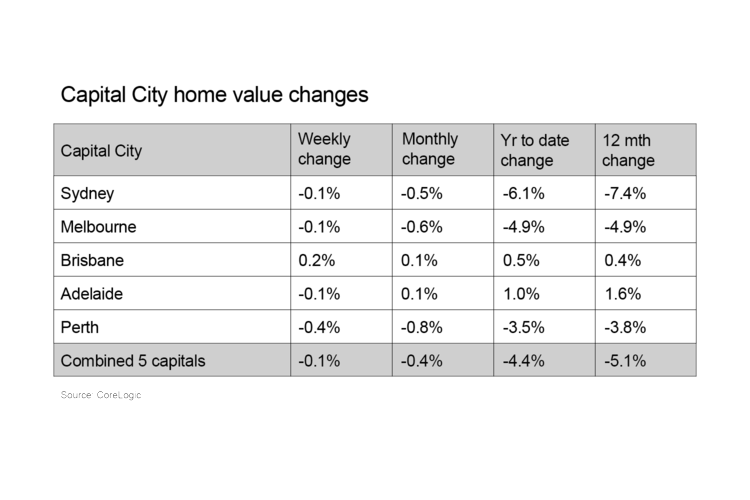 The above figures clearly indicate that as compared to other cities, Brisbane is the only one that is showing a growth on all counts – week, month, year to date and 12 months.

There are also some interesting developments to watch out for in Brisbane like the $3.6 billion Queens Wharf development, the Howard Smith Wharf precinct, and Cross River Rail project. These will ensure exponential growths for regions in their vicinity. Interstate migration particularly from New South Wales, will also help increase demand and facilitate economic growth in the state. Some of the suburbs to watch out for include Thornlands, Victoria Point, Wellington Point & Redland Bay.

In conclusion, the values of units and houses continue to be on the rise in Brisbane, breaking free of the defying downturn of Australia’s property market.