Port Macquarie has been officially named the most searched upon region in Australia.  Click here to view.

Port, as the locals call it, has been the fastest growing region in NSW for quite some time and this doesn't look like slowing down anytime soon.

Hundreds of families are buying up big in the state’s best regional towns every year in a bid toescape city life.Cheaper houses, proximity to nature and beaches aswell as just friendly country people are sending Sydneysiders out into NSW‘s regional enclaves, with social researchers predicting a further surge in seachangers off the back of more people working from home during the coronavirus pandemic.Port Macquarie was the most popular town in NSW forpeople to move to, with 1418 people moving there between 2018 and last year, according to the latest Australian Bureau of Statistics data.

Port Macquarie Laing and Simmons real estate agent Chris Koch said he could not find enoughhouses to sell to willing Sydneysiders.“We have mountains, we have beaches, we have a river, we have good water supply, our health system is pretty good and our climate is pretty nice — and the prices are reasonably good at the moment,” he said.“We’re in a fortunate position where our (housing) market is holding up and we have heaps of buyers and not enough property to sell.

Port Macquarie boasts stunning coastal views. He said the median house price in Port Macquarie was $580,000 but prices increased to get properties closer to the beach to upwards of a million dollars. Retirees chasing the peaceful coastal life are also fuelling the trend.“We have people who are now working from home and saying, ‘stuff this, I don’t have to live in Sydney I can have a Zoom meeting in Port Macquarie’.”Michelle Kyan moved with her four children and husband Francis in April last year to Port Macquarie from the northwest Sydney suburb of Glenhaven.“We wanted a better balance between work and leisure and that wasn’t really happening in Sydney,” she said. They reduced the size of their mortgage and now live within five minutes of the beach and can spend more time with their four children rather than commuting to work. 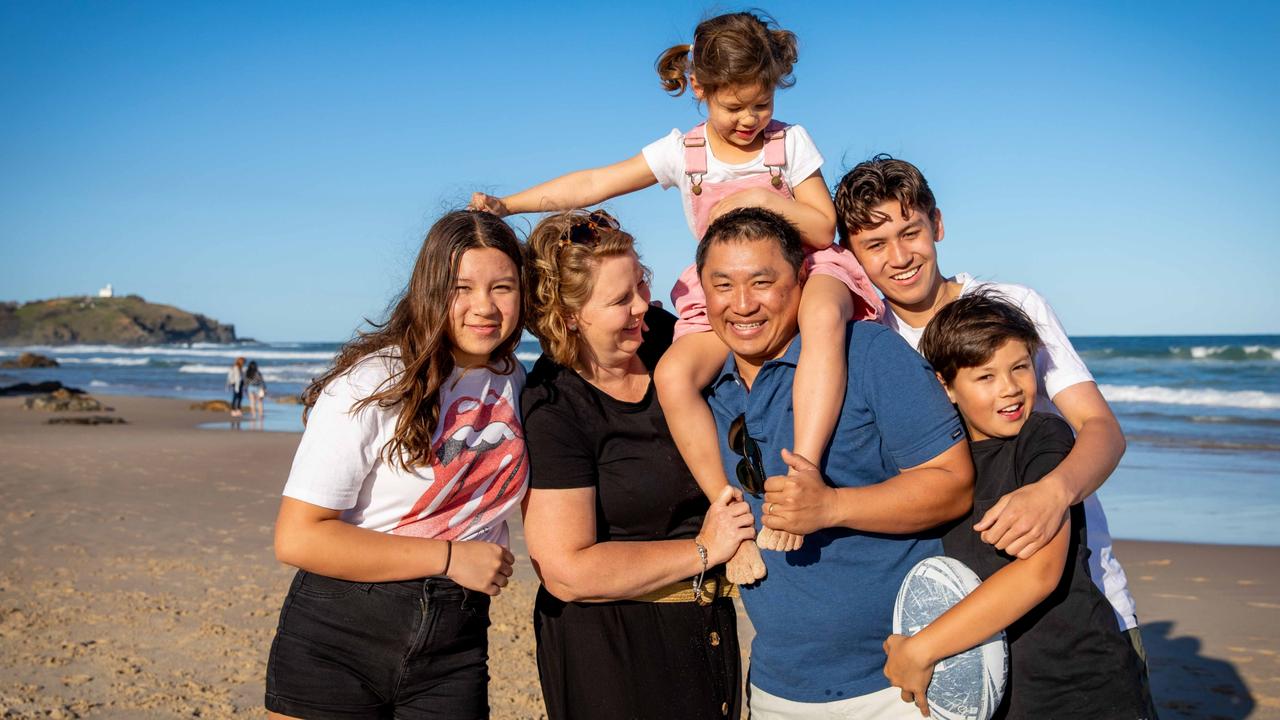